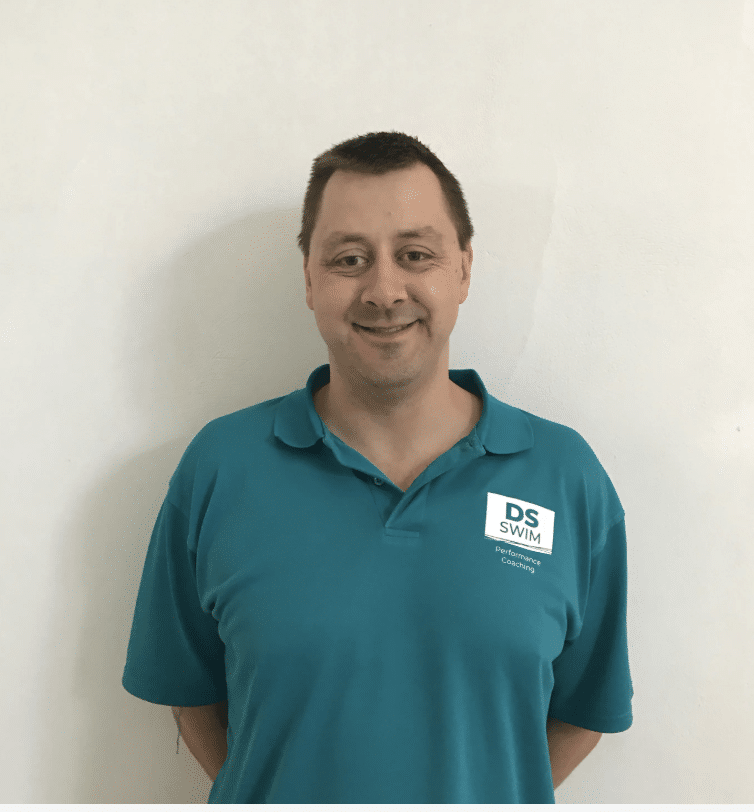 Founder and Manager of DS Swim and DS Gym/Pool

Dave started DS Swim in 2006 after working with US Olympic coach David Salo on his swim camp in Los Angeles, and realising that swim clinics in the UK were not offering swimmers individual help with their technique, and were failing to use video analysis effectively.

Dave has been involved with swimming as a swimmer and coach for over 20 years. During that time, he has worked with swimmers at every level, from absolute beginners up to international athletes.

As a swimmer, Dave was coached by current GB Head Coach Bill Furniss, and trained alongside many international swimmers including, during her formative years, double Olympic Champion Rebecca Adlington. Dave was a Senior National Finalist on several occasions, and held a number of county records.

Dave has coached in a number of programmes including Nova Centurion SC and Long Eaton SC. Dave has coached swimmers to National medals at both clubs. During his time as Age Group Coach, Dave led Nova to the top club award every year at the Midland Age Group Championships. Over the past 15 years, Dave has enjoyed successful spells as Head Coach of Treonte, Long Eaton, Rykneld and Bramcote Swimming Clubs.

Need to contact Dave? Fill in the form below with your enquiry and he’ll be back in touch as soon as possible.